The World Wrestling Entertainment announced today it will create the corporation’s first-ever non-fungible tokens (NFTs) representing legendary moments from the career of one of the most iconic fighters – The Undertaker. The four-tier drop will be launched ahead of the company’s biggest event this Saturday, April 10th – WrestleMania.

The Deadman as an NFT

WWE announced it will release non-fungible tokens featuring Mark William Calaway, better know by his ring name, The Undertaker. The legendary ex-superstar NFTs, who retired from professional wrestling last year, will be one of the spotlights of this year’s Wrestlemania.

The auction will open this Saturday at 10:30 AM ET. The drop is supposed to be met with significant interest and will last for 37 hours. The end will be on Sunday, April 11th, at 11:30 PM ET.

The Undertaker NFTs will be offered in four tiers – Platinum, Gold, Silver, and Bronze. The Platinum and Gold will have minimum open bids of respectively $10,000 and $5,000, while the other two will have fixed prices – $1,000 for the Silver and $100 for the Bronze.

The top option would also provide VIP access, hotel accommodations, a personalized video message from the superstar, as well as a unique WWE Championship Title Belt.

The Gold one – would get the winner two front-row-seat tickets at a Monday Night Raw or Friday Night SmackDown of their choice in 2021 or 2022, a personalized video message, and a signed Title Belt.

The Silver and Bronze tiers would provide more limited benefits to the winners.

World Wrestling Entertainment has partnered with Bitski for the project. With this being announced, it means participants will need to have a Bitski account, and winners will receive NFTs in their wallets.

The Expansion of NFT

Non-fungible tokens have been a hot topic recently as they have enjoyed mass acceptance and adoption from various celebrities and industries.

As CryptoPotato recently reported, the US Major League Baseball team Toronto Blue Jays explored options to take advantage of non-fungible tokens. The team’s President and CEO confirmed the move by indicating that it should enhance fan interest in the sport.

Another fresh example of the increased popularity of NFT is Lindsay Lohan’s plan to release an exclusive NFT collection. The famous American actress reaffirmed her support for non-fungible tokens by partnering with TRON to launch personalized digital art products.

In his turn, the founder of TRON and the CEO of BitTorrent, Justin Sun, went even further. Recently, he bought a painting by Picasso for $20 million, and he intended to tokenize it through the JUST NFT Fund.

SPECIAL OFFER (Sponsored)
Binance Futures 50 USDT FREE Voucher: Use this link to register & get 10% off fees and 50 USDT when trading 500 USDT (limited offer).

PrimeXBT Special Offer: Use this link to register & enter POTATO50 code to get 50% free bonus on any deposit up to 1 BTC. 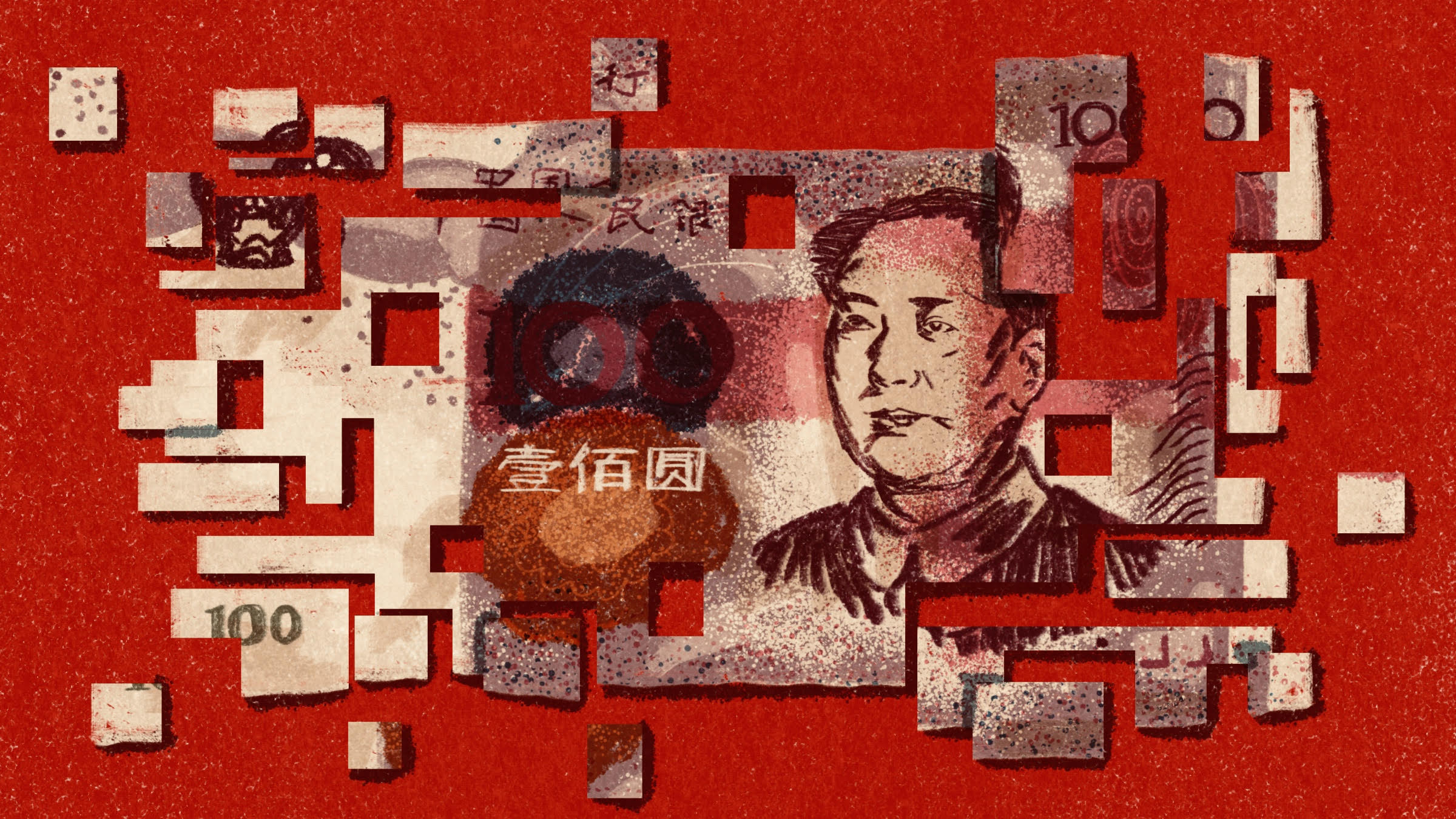 The Digital Currency Electronic Payment (DC/EP) is a fiat currency designed to replace a system of reserve money. Currently in the testing process, but CBDC is still gradually being adopted in China.

Members of the Sanya municipal government, including their employees, businesses, and permanent residents, will be the main participants of this trial. The trial will raise awareness for the digital yuan, foster secure transactions with wide accessibility. Additionally, participants in this trial will receive a 15% discount for every 100 yuan spent on the island.

While CBDC trials continued across China, cities like Chengdu and Beijing have shown promising success. The second batch of trials was announced in Shanghai, Trường Sa, Qingdao, Xi’an, and Dalian.

Currently, the digital yuan is in beta in China. It is being piloted as a retail CBDC. In the future, though, the central bank aims to be able to interact with other countries. The PBOC and the Hong Kong Monetary Authority are currently testing the digital yuan for cross-border use.

There are currently 573.6 million users for digital payment platforms in China. This number is expected to increase to 618 million by 2025 showing huge potential for a shopping mall in this market.

According to the announcement today, the beauty application Meitu purchased another 175 BTC to reach the $100 million mark it set for itself in its Cryptocurrency Investment Plan.

Meitu buys another $10 million in Bitcoin

Therefore, the goal to invest $100 million in the cryptocurrency of Meitu has been achieved. The plan called for Meitu to add $100 million in BTC and ETH to its treasury, both as an investment and preparation for future initiatives. Meitu intends to use some of the ETH to launch decentralized apps in the future.

The publicly traded firm first acquired $40 million in BTC and ETH in early March of this year, when it unveiled its intention to make further purchases. A week later, it purchased another $49 million. Today’s announcement is the final $10 million of the acquisition.

Coinbase disclosed in late March that its institutional business facilitated the past purchases, a service it has provided for other public companies such as Tesla. It’s unclear if the latest purchases were also handled by Coinbase.

Meitu is one of the first China-based publicly listed companies to add crypto to their treasury. Other tech firms like Square, Tesla, and MicroStrategy made headlines in the past year for making similar acquisitions.

Games Workshop has risen 20-fold in five years but had been a recovery stock three times previously. The lure of recovery is the prospect of multiplying your money in a share everyone else hates but it’s not an area to bet the farm on.

I was charmed into Bluebird Toys by its CEO, Torquil Norman (father-in-law of venture capitalist Kate Bingham) who had been a popular client in my short spell in corporate finance. The success of “Polly Pocket” caused the shares, previously on the rocks, to multiply. The version aimed at boys, “Mighty Max”, was named after me after a humorous exchange at the Earl’s Court toy fair. I cashed in soon after.

My most spectacular success was the most reckless. I bought two million shares in Cannon Street Investments at 2p, down more than 99% from their peak in late 1992 on the sole basis that Tom Long, whom I knew of as the former CEO of Souza Cruz (a subsidiary of British American Tobacco) had become chairman. The shares multiplied tenfold in a year or two as a messy, over-borrowed conglomerate was streamlined through disposals. I then sold.

Regrets: I’ve had a few

My biggest regrets are not the duds I bought but the great companies I missed. Channel Express floated in the mid-1980s as an air-freight business. Its boss, Philip Meeson, had been a Red Arrows pilot and then began importing 2CV cars from France and selling them from a lot on the King’s Road, London. The site was converted into a BMW dealership and later sold. Though Meeson was clearly a serial-entrepreneur, I didn’t see a long-term investment thesis. The company is now called Jet2 and the shares have multiplied more than 100-fold.

Another regret was Asos. In early 2004, we identified this online retailer, whose idea was to replicate cheaply and quickly clothes worn by celebrities, hence the name “As Seen on Screen”. We recommended the shares to our clients in the monthly newsletter at 25p… and suggested taking profits after they had doubled in six months. The shares then multiplied 100-fold in ten years but have had a yo-yo ride since. I hope some clients didn’t sell.

What are the lessons? The best long-term investments are not the get-rich-quickly companies but those offering long-term compound growth. Holding them requires nerve and patience as the shares are often volatile and can stagnate for long periods. It is tempting to give up and sell. If an investment is not suitable for the long-term, it’s best to be clear about that at the start as it makes selling easier.

Buying for recovery can also be hugely profitable but these are rarely “forever” investments. Finally, great investments are not found through diligent research and endless company presentations but through casual recommendations, chance encounters and inspiration, not perspiration. As John le Carré wrote: “A desk is a dangerous place from which to view the world.”

Share on FacebookShare on TwitterShare on LinkedInShare via Email

You may’t simply flip the Nintendo Sport Boy on and begin mining Bitcoin, as there is no such thing as a web connection — so first, you may want the Raspberry Pi Pico which acts as a hyperlink cable to USB adapter. That is plugged right into a PC which supplies the Nintendo Sport Boy an web connection which is required for cryptocurrency mining, or else you would not have the ability to mine Bitcoin out of your Sport Boy, after all!

There are just a few extra steps required earlier than you will get Bitcoin mining in your Sport Boy, however when it does Nintendo’s moveable sport console is able to pumping out 0.8 hashes per second, which when in comparison with a current-gen ASIC miner which pumps out round 100 terahashes per second… the GameBoy is 125 trillion — or 125,000,000,000,000x slower than the current-gen ASIC miner.

Tesla’s Bitcoin buying activity caused the price to skyrocket, with Bitcoin rising to almost $ 60,000 in mid-February. However, the price has dropped by almost 20% since then, with Tesla shares falling even further. – 30% since it announced that it bought Bitcoin.

Bitcoin billionaire Tim Draper has suggested that both Apple and Netflix could follow Tesla’s move to Bitcoin, warning fears of inflation that will push companies toward Bitcoin.

“Apple has a lot of cash. If they don’t buy something, their net worth will naturally drop lower in the next three to four years, because we’ve printed too much”, Draper told the council during the annual Montgomery Summit. 2021.

Apple has nearly $ 200 billion in cash, according to its latest earnings report – the largest amount of cash of any U.S. publicly traded company. The iPhone maker did not respond to a request for comment when asked whether to consider buying Bitcoin.

“Maybe Netflix,” Draper said on the Unstoppable Podcast. “I think co-CEO Reed Hastings is a very innovative and creative person. If I were CFO of one of those large institutions I would say ‘we have to own x% Bitcoin because it is a hedge against another currency becoming the currency of the future and it is also a hedge. fight against inflation ”.

As such, it is understandable that Netflix currently has no plans to add Bitcoin to its finances.

The Bitcoin price is volatile, currently trading around $ 47,600, climbing nearly 400% since the last bull run that started in October. Many Bitcoin investors are confident the price will continue to rise, despite those other, including billionaire Bill Gates, was more wary.

“In the eyes of Wall Street, Musk is now tied to the BTC story and although Tesla made a billion in the first month of owning digital gold, it comes with risks”.

Tesla is not the only Bitcoin buyer to have been affected in recent weeks, as shares of business intelligence firm MicroStrategy have fallen in half since it peaked with Bitcoin prices in early February.

Tesla followed in the footsteps of MicroStrategy for Bitcoin buying this year – with companies buying Bitcoin worth billions of dollars.

MicroStrategy has chief executive Michael Saylor known as the “Bitcoin prophet”, began buying last summer and has continued to increase its holdings since then, bringing the company’s BTC count to more than 90,000 according to one tweeted on March 5.